The other day I wrote about my failure with my attempt at Carnival's warm chocolate melting cake and you all were more than supportive. I think I have some good leads on what recipe to try next time, so thank you all! 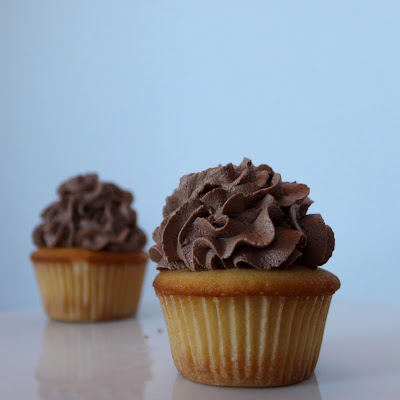 This weekend I tried to make a special type of cake (well known to other St. Louis locals) into cupcakes. I failed again and ended up with hybrid yellow cupcakes.
I wanted to just toss them out, but my hubbie pushed me to make some frosting and press on. I know he had an ulterior motive, but he was right I shouldn't waste perfectly yummy cupcakes.
I needed a success. I needed some spice for the plain yellow flavor. I dreamed of chocolate (what's new). So out came the idea for a Cinnamon Chocolate frosting.
And it was a success, it did add spice, and it was the creamiest chocolate frosting I have made!
In the spirit of the Emmy's...I would like to thank my hubbie for motivating me and my kitchen aid stand mixer for all that beautiful whisking! 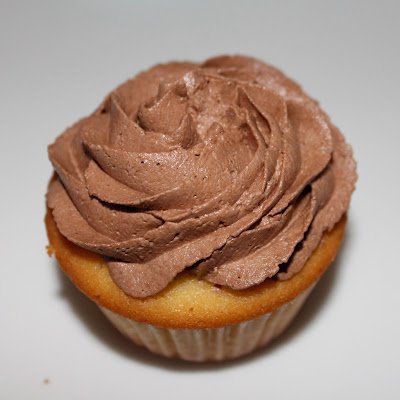 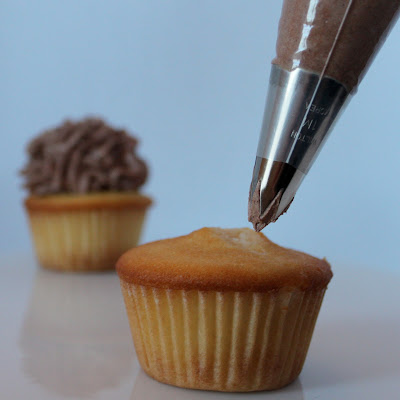 When I made this frosting, I used the whisk attachment for the stand mixer. For decoration I used the Wilton 1M tip. To make the swirl, check this out, to make the ripple effect I started with holding the pastry bag and 1M tip perpendicular to the cupcake. Starting at the edge of the cupcake move the pastry bag around in a clockwise motion, moving up and down to form ripples. I formed a large circle of ripples on the rim and eventually worked my way swirling into the center of the cupcake to finish.