I have been procrastinating posting about my failure for a week two weeks. I know everyone fails and that is how we learn, but this just seems embarrassing.
I am hoping all my foodie friends can lend a little help in figuring out what went wrong, perhaps you've had the same thing happen?!
I have made chocolate lava cakes before that tasted like heaven in a ramekin, but I seemed to have lost the recipe (I need to get better organized). This time I searched for Carnival's "Warm Chocolate Melting Cake" recipe and had hoped that I found it on CruiseDiva's post with the recipe she found in a recent issue of the Carnival "Funville Times". When on my honeymoon last October I think I ate this dessert every night at dinner, I missed it. 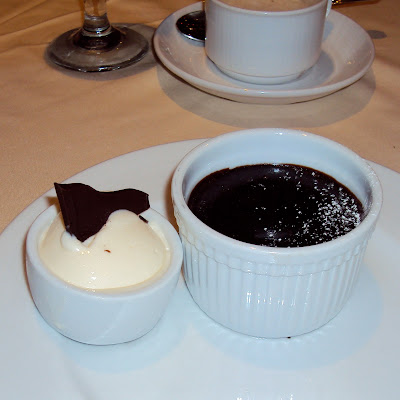 I followed the recipe exactly, but when I took a peek at the lil cakes when they were almost done, they had big giant holes in the center. They had risen perfectly except just in the center. So, instead of immediately googling a remedy (this is what I usually do), I just kept baking them. Mistake. As the minutes past they kept sitting there, stubborn centers didn't want to rise. 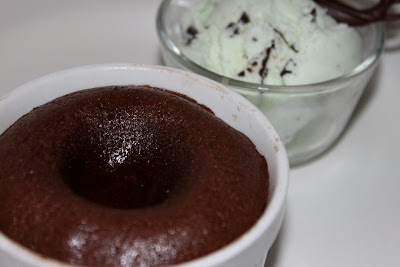 I eventually took them out, flipped them over and I got some photos in while my husband dug in. 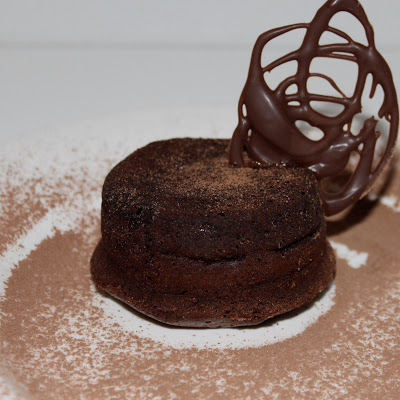 He is so sweet, he said they were great. Then I tried them, UGH. They were bland, mushy, and almost tasted like bread pudding. I know I used quality ingredients, so I am just confused as to what happened here with the boring taste.

Anyone have some baking science knowledge and can offer me advice for the next time? Maybe this recipe called for too many eggs?

And can anyone point me to that heavenly recipe for Chocolate Lava Cakes I had once upon a time?

Oh and thanks for letting me be honest :-)