Am I crazy or does Potato Frittata sound a lot like Hakuna Matata? 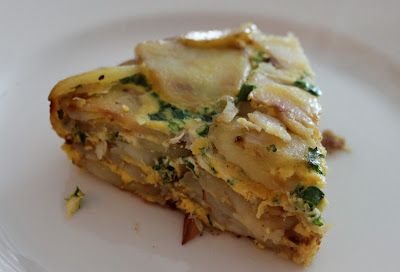 This dish makes me want to sing old Disney songs. Come on, I know your singing Hakuna Matata in your head now..."it means no worries, for the rest of your days...". Sorry, but it will be stuck there all day now.

Anyways, this dish is delish! I made it for weekend breakfast and we ate leftovers as a side for dinner this week, I could eat it anytime of the day it is so versatile. Somehow the egg and cream mixture oozes in between the thin red potato slices and mixes with the spices, caramelized onions, and green onions to make each bite full of flavor. If you don't know what a frittata is, it is an egg based dish like a quiche, but without the crust. 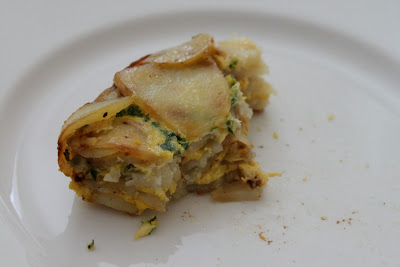 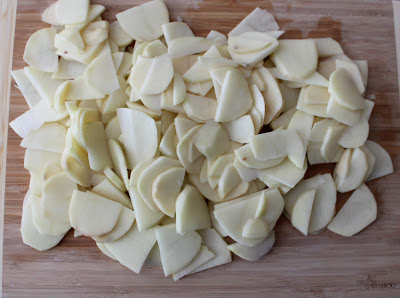 The original recipe, courtesy of joythebaker.com called for 4 large russet potatoes, but I adjusted a few things, one being that I used 8 small red potatoes instead. For the potato lover in me, I would also like to try some nice Yukon golds next time. This was also my first time caramelizing onions, I followed the directions exactly and it worked, amazing. I guess I always thought it would be a lot harder than it was, so thanks Joy! 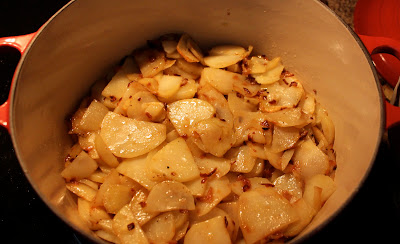 This also gave me an excuse to break out my new birthday gift, a cherry red Le Creuset french oven. It performed just as expected, every inch of the frittata was cooked evenly and the top and edges crisped to a beautiful brown. I was debating between investing the money in this or buying a pre-seasoned skillet. I found out Le Creuset has a lifetime warranty on their products and I live near a Le Crueset outlet store which was having a sale so that helped too.
Hakuna Matata!