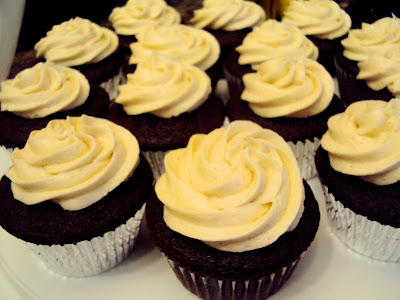 I have to start out with this statement, these are the BEST cupcakes I have EVER made. This is a surprising statement since one, I don't like stout beers, and two, I don't like Irish cream. These cupcakes were made just in knowing that my husband would love them for his birthday!

So thank you to Annie's Eats and Smitten Kitchen for this wonderful recipe. 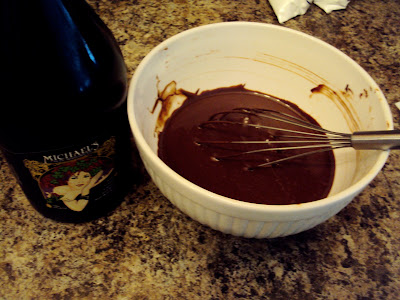 Meanwhile, heat the whipping cream in small saucepan till simmering. Pour simmering heavy cream into bowl with bittersweet chocolate. Let sit for one minute, until chocolate is melted, and whisk. Add butter and Irish cream and whisk heavily till smooth. Let mixture cool slowly while stirring every 10 minutes. Once the ganache is cooled and thick, pipe into each cupcake. I used the Wilton method of filling a cupcakes and filled a bag with the cooled ganache and with tip # 230. You do not cut into the cupcake at all, just insert the tip about one inch into the cupcake and squeeze out the filling while slightly pulling up. The inside will look like a cone of ganache (before you dive into it). 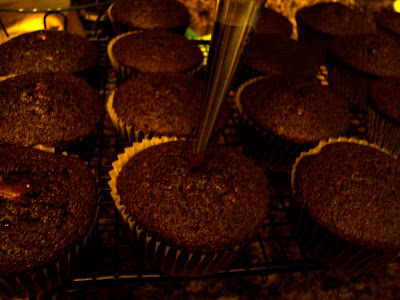 For the frosting, beat the softened butter and powdered sugar on medium for at least 3 minutes (it may form a puff cloud of powdered sugar, I just place a damp paper towel over the stand mixer to prevent this). Slowly add in the Irish cream until it is a good piping consistency. Wait for the cupcakes to be cooled completely and filled, then begin icing. For icing, I used the large Wilton tip 1M, the wide star. To obtain the swirl look, start icing at the outside of the cupcake and slowly move in to the center, stop pressure and pull tip away. 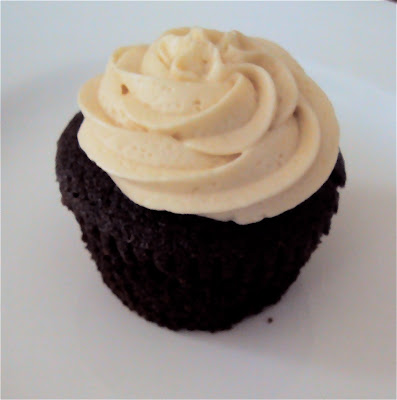 I have made chocolate stout cupcakes before and had used Young's Double Chocolate Stout thinking it would only make it better, but I was wrong. The cupcakes were too chocolaty and not enough stout flavor. So sticking with the Guinness or a similar basic stout is a good idea. 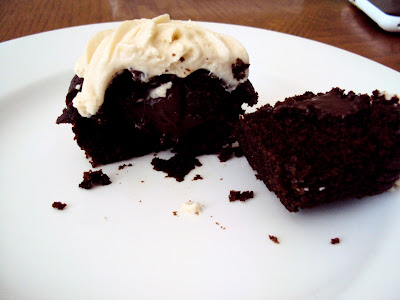 Also, the hubbie prefers Michael's Irish cream over the well known Bailey's so I used that instead. 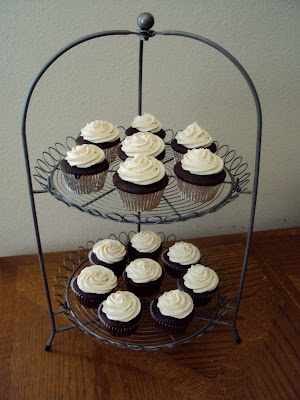 I am looking for another filling cupcake, any ideas?