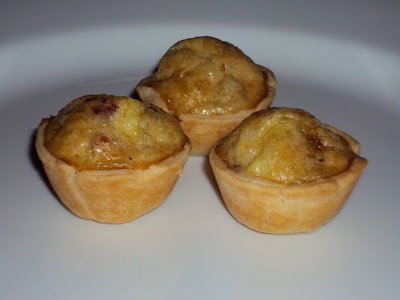 Upon request from my husband, I either had a choice between making souffle or quiche. I have made him souffle before, so this time I decided to take on some mini quiche (and I was secretly hoping they were a bit easier).


I had found this recipe on my Google Reader from A Year in the Kitchen blog and decided to try it out, with a few edits. 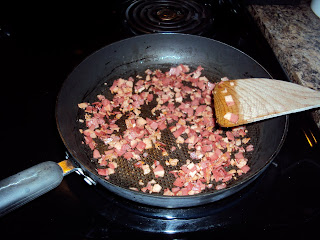 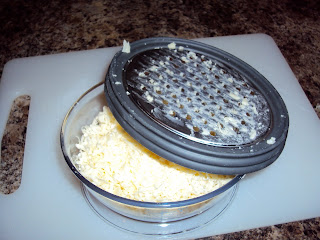 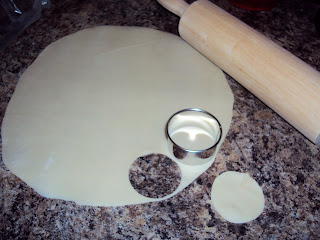 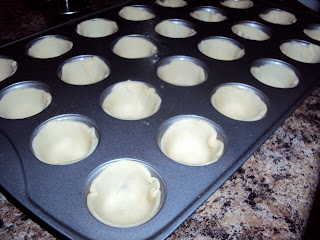 I decided to go buy pre-made pie crust as I had been having shoulder troubles and didn't want to be kneading and rolling dough all afternoon. I found that one Pillsbury 9-inch crust made 24 mini quiche shells using one of my Ateco biscuit cutters. I also swapped out bacon for turkey bacon to make it a little healthier and used Extra Sharp White Cheddar instead of Gruyere. My reasoning being that Gruyere is expensive and I have found that Kroger brand Cheddar is actually made by Cabot!

Mini Quiche Lorraine
1 pie crust
4 large eggs
6 strips of turkey bacon
1 1/2 cups finely grated Extra Sharp Cheddar
1/2 tsp. dried Thyme
Dash of Salt and Pepper
2 tbsp. skim milk
Preheat oven to 400 degrees. Dice bacon, saute' in a skillet until crisp, drain on a paper towel. Butter and flour a mini muffin tin (24). Roll out pie crust to a about 1/4 inch thick and use a round cutter to cut 24 rounds. Place on the muffin tin, gently press down and form into cups. In a bowl, whisk together eggs, milk, salt and pepper and thyme. Add cheese and bacon, stir together. This mixture should be thick. Use a tablespoon to spoon mixture into muffin cups, fill to the top. Bake for 18 minutes, or until puffy and golden. 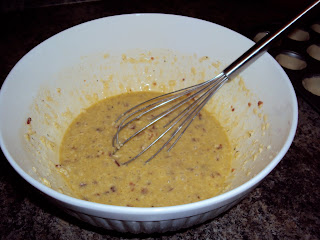 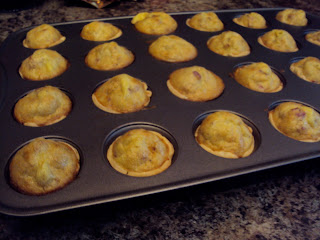 Verdict: I think there was a little too much bacon and thyme. Otherwise the crust was a perfect thickness compared with the filling and they were nice, warm, and puffy!